It’s hard to get the sleep you need in the modern world. Deadlines, debt, and life choices are only some of the things that keep us up at night. Combine this with an unhealthy lifestyle, and you are headed for disaster.

A good night’s rest is an often-overlooked but crucial part of functioning every day. Many of our health problems can be traced back to whether we sleep enough or not.

Lately, studies have suggested that exercise can help you to sleep at night. In this article, we will explore that theory and look at how physical activity can benefit you when it comes to getting enough shut-eye. 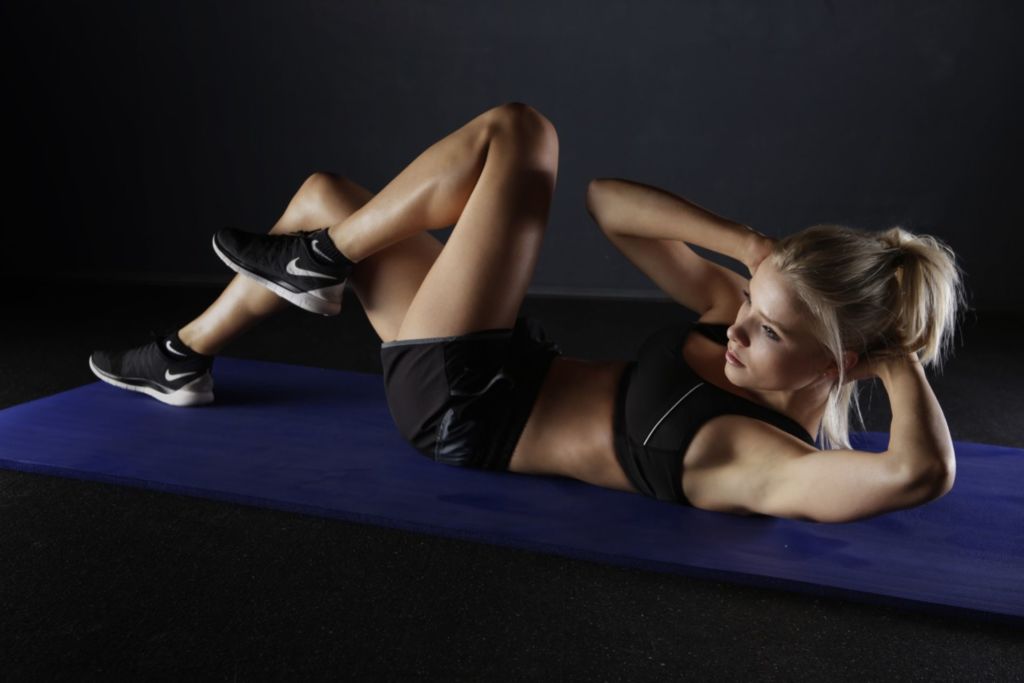 The main thing about sleep is that you have to get it in order to benefit from it. Even if you have one of the best mattresses for active people, it can’t force you to get into bed. Adults need a minimum of, ideally, seven hours of sleep. Without this, you run the risk of various ailments, such as heart disease, weight gain, failing memory, depression, stroke, and diabetes. Not to mention, you’ll feel tired the whole time! Of course, rest quality factors such as pregnancy, aging, and sleep deprivation also contribute to the number of hours you need each night.

There is a myriad of reasons why you might be having trouble sleeping. Some prevalent issues include: 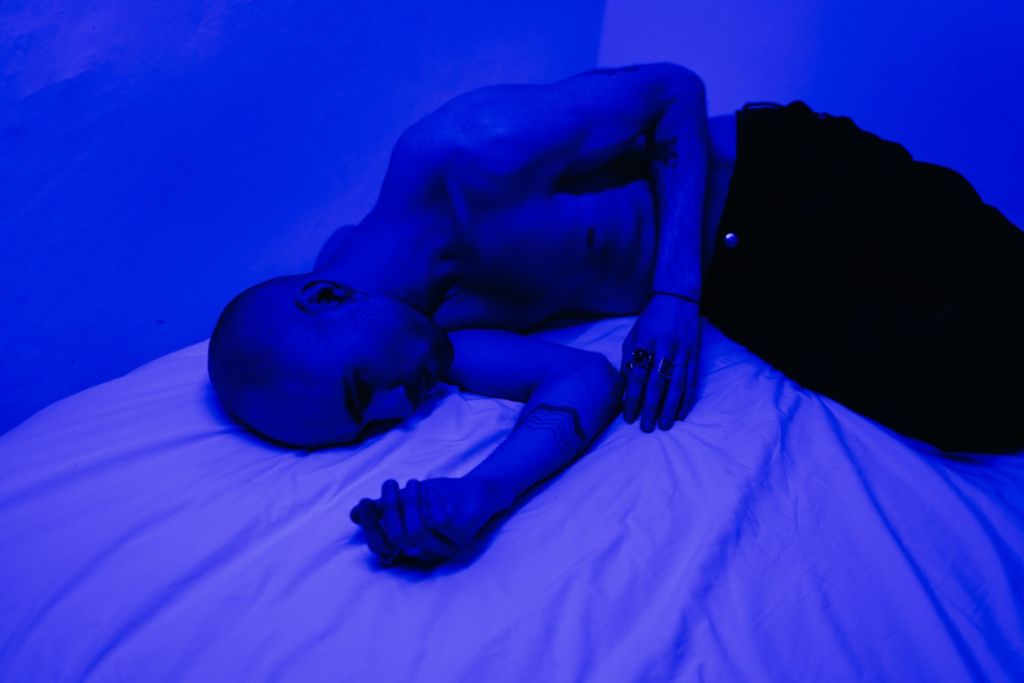 Sleep disorders are pervasive among adults, with approximately 70 million Americans currently being affected. These are only some of the many disorders and syndromes people struggle with:

Insomnia, which is probably the best-down sleep disorder, can be defined as having a hard time sleeping. People with this disorder will often find themselves lying awake for a long time before they finally drift off, making them lose valuable hours of rest.

Obstructive Sleep Apnea, or OSA, happens when the upper airways are temporarily blocked during sleep. This causes loud, strenuous snoring and constant sleep interruptions during the night. People affected by OSA will find themselves feeling drowsy and moody the next day while struggling to concentrate and dealing with depression.

People with this condition will find it incredibly difficult to wake up in the morning. The body’s biological clock becomes out of sync with the usual amount of hours required for sleep, meaning that you are still in a deeper sleep cycle when the time comes to get up. People with DSP will often sleep through multiple loud alarms. The “sister” disorder is Advanced Sleep Phase Disorder, in which someone might feel the need to go to bed very early and wake up before sunrise.

This condition causes the lower legs to ache, burn, tingle, and twitch during sleep, often waking the person. People with this syndrome are advised to avoid alcohol, caffeine, and sugar. Restless Leg Syndrome is often hereditary.

It is widely believed that exercise and sleep go hand-in-hand because the better you exercise, the more optimal your sleep patterns will be. In return, the better you sleep, the more you’ll be able to accomplish when exercising.

Many of us are familiar with staring at the ceiling and counting sheep to try and nod off. Moderate to strenuous exercise reduces what is known as your sleep onset, which is the amount of time it takes for you to fall asleep after lying down. If you exercise at least one to two hours before you go to bed, your body will produce endorphins that will help your mind to “shut down” when you go to sleep.

Exercise also helps to combat OSA. According to studies, 60% of people struggling with OSA are also obese. Similarly, physical activity has been found to reduce stress and deal with other sleep-associated disorders such as insomnia and restless leg syndrome.

Although you might think that having a job that requires physical labor might count as exercise, this is not the case. Often, manual labor can induce musculoskeletal aches and cramps, which work against healthy rest patterns. This means that even if you are active in your everyday work, you still need to exercise apart from that to reap benefits.

It’s a Marathon, Not a Sprint

It’s important to remember that you aren’t training to be a world champion. You simply want to better your health and, in this case, improve your sleeping patterns. Start slow and go from there. You alone can figure out what time of day and what kind of exercise works best for you.

So, we know that exercising tends to impact sleep patterns positively, but which types of exercise are the best? Here are a few options:

Aerobics, which also fall under cardiovascular exercise,  is known for improving blood pressure and reducing the risk of heart disease. There are two types of aerobic exercise: moderate-intensity and vigorous-intensity. Exercises that could be considered moderate include water aerobics, brisk walking, and bike riding. Vigorous exercise would be lap-swimming, running or jogging, extreme bike riding, or sports such as tennis or basketball.

According to studies, aerobic exercise promotes better sleeping patterns for people who have insomnia and reduces fatigue during the day. Cardiovascular activity can also combat sleep apnea. Moderate-intensity exercise seems to promote sleeping patterns better than vigorous-intensity does.

While some may argue that increased heart rate shortly before bedtime will hamper sleeping patterns, research suggests that it has little to no effect.

This form of exercise is focused on building muscle strength throughout the body. Many trainers recommend a combination of resistance and aerobic exercise, as they benefit different health areas.

Repetition is the most crucial part of resistance training. These exercises need to be performed in sets of 12 each. If you are a beginner, you might want to start with a lower number and work your way up, as this kind of exercise can be strenuous.

Strength training reduces anxiety and depression, two major problems that people who have a hard time sleeping face. This being said, the effect of resistance training on sleep directly has not yet been intensely tested.

Becoming a sort of “fashion workout” over the last few decades, yoga and the benefits it holds are often underestimated. Yoga focuses mainly on breath control, meditation, and posture and is known to reduce stress and aid weight loss. Although the link between yoga and sleep improvement has not been exhaustively researched, a few studies have reported people getting better sleep.

Can It Be Harmful?

Of course, more than one school of thought exists regarding sleep and exercise, and the topic has been intensely debated over the years. Traditional sleep hygiene dictates that exercising three hours before going to bed can hamper your sleeping pattern because of increased heart rate, adrenaline levels, and body temperature.

A survey has disputed this by finding that people who exercise between 4 PM and 8 PM fall asleep faster. However, people who have a higher core temperature, which is associated with vigorous exercise, might have a harder time falling asleep, meaning that less strenuous physical activity is more optimal during that time period.

As mentioned before, sleep and exercise tend to go hand-in-hand and affect each other. Generally, more active people tend to be people who had a good night’s sleep beforehand. Contrarily, people who struggle with insomnia or OSA are far less likely to exercise the next day.

Some studies claim that a 30-minute increase in sleep onset can make for a one-minute decrease in exercise endurance. People who get up early are more likely to exercise than late sleepers. However, these studies have not conclusively proven that better sleeping patterns make for increased exercise.