DDT: Could you give us a little background info on who Chad Landers is?

Chad: The short story is I’m a country boy from Illinois who got lucky in the big city! I got into strength training because of football in junior high and high school. Once I got to the Univ. of Illinois, I found out I could actually major in Kinesiology. I was already managing a local Urbana, IL gym before I graduated college. After a couple years I realized I was in a rut and moved to Las Vegas. Ten months later I moved to Los Angeles to take my first job as a personal trainer full-time. That was 23 years ago!

I’ve owned my own private personal training studio, PUSH Private Fitness, in Toluca Lake, CA for the past 13 years. During that time I’ve ended up with a lot of actor and musician clients, and have become known as a “celebrity trainer”, though I just think of myself as a trainer and gym owner who has some interesting clients.

The past few years I’ve been able to become more of a mentor to the next generation of trainers. I do a lot of public speaking these days, which I enjoy immensely. 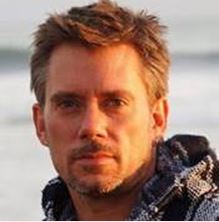 Chad: Starting way back in college, I always thought I’d own a gym one day. I had no idea it would be in Los Angeles or that it would be a personal training studio or that I would have famous clients.

After 10 years training in Los Angeles, and after having worked at commercial health clubs, luxury spas, and private training studios, I thought I was ready to open up my own facility and “fix” all the things I’d seen that I thought were wrong in the places I had worked.

DDT: What were some obstacles and adversity you faced as an entrepreneur when you first started PUSH Private Fitness?

Chad: Start up costs, dealing with permit issues with the City of Los Angeles, and worrying if anybody would actually come in were my initial concerns. Shortly thereafter, staffing became more of an issue. I’ve certainly made some mistakes in that area. I’ve had two trainers leave abruptly because they got sent to jail for issues from their youth. I’ve have two I had to kick out after they owed me thousands of dollars in rent, and I’ve had to let a trainer go who’d been with me for 9 years because he wasn’t a good fit for the company culture I was creating. I’ve been very lucky that now I have a great group of trainers who get what PUSH is all about. 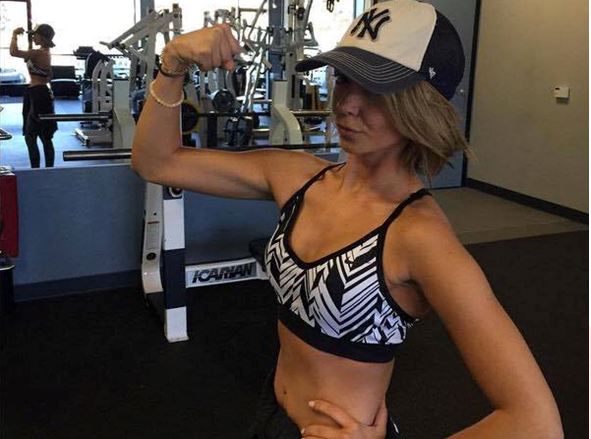 DDT: You get to train celebrity’s fresh out of Hollywood. Can you tell us some of the celebs you have worked with?

Chad: I can talk about some of them, others I can’t. It’s pretty well known because of social media that I train Corbin Bleu (of High School Musical and Dancing With The Stars fame), Grey Damon (currently starring with David Duchovny in Aquarius), Jack Falahee ( of How to Get Away With Murder), Camryn Grimes (of Young and the Restless), and Sarah Hyland (of Modern Family). It’s also known that I’ve worked with Lyndsy Fonseca (of Hot Tub Time Machine, Kick Ass, and tv’s Nikita), Duff McKagan (of Guns N’ Roses and Velvet Revolver) and Ashley Benson (Pretty Little Liars and Spring Breakers). 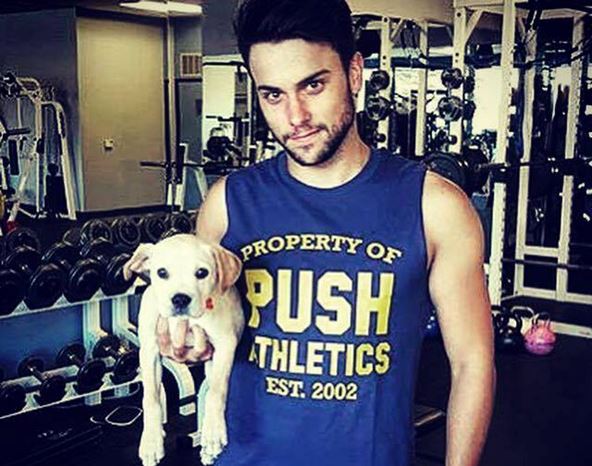 DDT: Do you feel there is more pressure put on yourself to deliver results to celebrities? What are some of the challenge’s you’ve faced when training celebs?

Chad: It’s not that much different than training anyone else, except the pressures on them are greater to look a certain way than the average client. Obviously I need to help them achieve a certain condition for the camera. Corbin, Jack, and Ashley all had nude or close to nude rolls I had to get them ready for. That’s pressure.

The pressure on me is to get the results, without either hurting them during training, or leading them into some disordered eating behaviors during dieting. 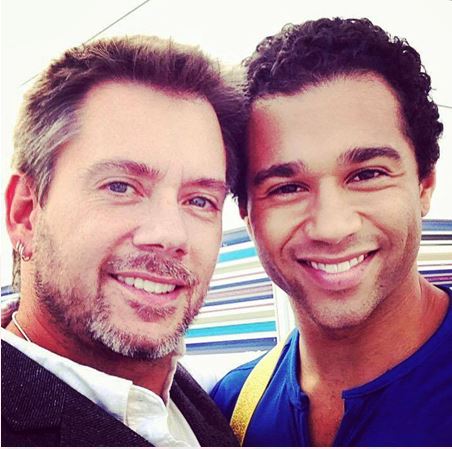 DDT: We are sure the competition to be a personal trainer is tough in the Hollywood area, what have you found works best to stand out and keep bringing people in the door?

Chad: Do good work, be a nice person, and be able to carry on a conversation about more than training. People come back because they know that I put them first. Having my own facility has allowed me to create a company culture that both clients and trainers alike respond to. I’ve tried to create an environment that is fun, motivating and nurturing.

DDT: If a young, hungry, and talented personal trainer came to you and asked “what are 3 life lessons you can give me about opening up a private personal training studio in Hollywood” Those 3 lessons would be? 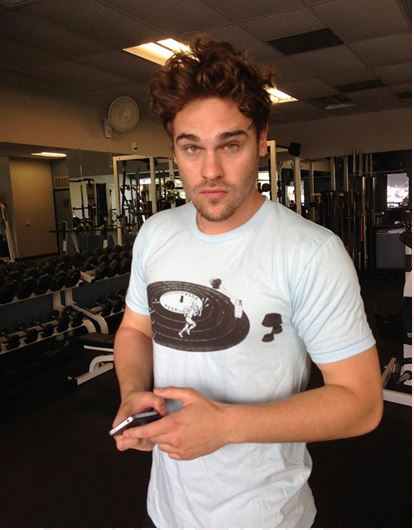 DDT: If your company was gone, social media was deleted, your clients left, and all your gym equipment was erased… you have a piece of paper in front of you and it was the final moment and you had to write 3 truth’s you knew were to be true and this was your final message to the world, what would those 3 truths be?

DDT: What are your current training goals right now?

DDT: Has a celebrity ever offered to cast you in a movie?

Chad: No. They have a hard enough time getting cast themselves. They really have no say so in who gets cast in a movie. Now I have trained some directors and show runners….if they offered, I’d gladly accept!

DDT: What’s the craziest or funniest experience you’ve had training a celeb?

Chad: The craziest was probably getting Corbin ready for his first nude scene. We’d been dieting and training for weeks. Then I flew to Toronto and we did the last week of water manipulation to get 7 lbs of water weight off of him the night before he shot the nude scene. After a long day on set, we went out to three restaurants in Toronto and feasted on pizza, poutine, wine, beer and dessert. Once we got back to the hotel, we weighed in and he’d gained 8 lbs. back from one, very long meal!

DDT: Your top 3 restaurant’s to eat at in Hollywood are:

DDT: What does Chad like to do for fun? Please don’t hold back on us 😉

Chad: I love to travel. From the central coast of California, to Hawaii, to London, I just love to experience the world! I love to watch The Walking Dead and Game of Thrones. But I really love my job. I can’t think of a better way to spend the day than empowering people to change their lives through our work in the gym. I’m definitely in the right profession, especially since I can still say that after 23 years! 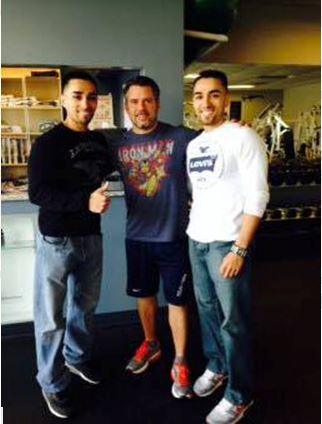 DDT: Where can our readers and supporters follow you and your work?

If you would like to receive more Interviews, informative articles, and educational videos from us, join our community: