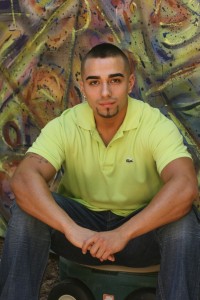 I’ve been curious to know if a woman taking birth control (BC) prevents her from making progress in the gym. Some of you are probably like why the hell would he wonder that? I wanted to know because I knew birth control played with women’s hormones and sometimes even emotions. But I really wanted to know if a woman was serious about putting on muscle mass or wanting to lose fat and if it would be effected by (BC). I’ve seen women bust their ass’s strength training and dieting and some don’t get the deserved results that they should. So, this left my mind wondering. So, I did some research on “the pill” and how it affects women that are looking to gain muscle mass and lose body fat. I came across a study that had everything that I was looking for and for all you lucky ladies out there that are about to read this, I’m about to tell you what happens when you take “the pill” and are looking to gain muscle mass or simply lose some body fat. So hold on tight and don’t pop that pill in your mouths yet! You’re about to be wowed!

I want to start off by saying there is no such thing as “the pill” anymore. The reason being there are so many different forms of birth control now days, different dosages, and ratios to hormones that it would be dumb to classify it as “the pill.” So with that being said, this is a very difficult question to answer and I’m not going to give you a black and white answer and it would be very difficult for even an Endocrinologist to give you a black and white answer. This topic is that difficult to answer. Someone would literally have to take each one of these different kinds of pills and look into them and that’s nearly impossible to do. So don’t be upset that you didn’t get a clear-concrete answer after reading this.

All you ladies already know that with taking Birth Control (BC) some of you tend to put on excess weight and some simply don’t. Another reason why it’s hard answering this question with a defentative answer is because the dosages of these pills have changed over the years. Now there are different ratios of estrogen and progesterone and even different kinds of estrogens. Again, very hard to have a clear-cut answer, so I’ll keep it along the lines of BC preventing muscle mass gain and fat loss. This study I came across from the Institute of Sports medicine stated that BC reduces anabolic hormones (IGF-1, free testosterone that increases estrogen, thyroid, etc) and has an inhibiting effect on protein synthesis (body making muscle) in tendon and muscle connective tissue. Getting back to the hormone part, these hormones that are affected are very crucial for muscle building and weight loss. The problem with this study is it only tested with one BC form and there are so many different types of BC forms out there and they all have different effects, some even have minimal effects. This study didn’t say that women can’t build muscle while taking BC, so that is a good sign. But there are other studies out there that have the same interpretation as this one.

To sum all this discussion about BC preventing women from gaining muscle mass and losing weight, it’s pretty accurate to say most of the time it is going to be harder to add muscle mass while on the pill because suppression of anabolic hormones and it makes sense that estrogen is suppressive to anabolic hormones, as it is to men. It’s also safe to say that losing body fat will be very difficult as well because of the effected major hormones. Again, I don’t want to leave a black and white answer. I’m just going off of what makes sense and the studies I have read.  In all honesty, not to sit here and be repetitive, most women looking to build muscle and lose body fat, I would have to say BC is not the optimal way to go. But, you can probably find a form that is right for you or talk to your doctor to see if you can balance out all the negative side effects and you’re simply just going to have to work harder than others because of the suppression on anabolic hormones. Taking BC doesn’t mean you can’t do these things, it’s just going to be more difficult, so don’t let it get you down. Just bust your ass if you really want to accomplish your goal and don’t make any excuses for yourself! Peace