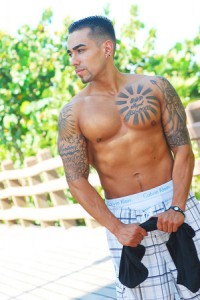 For quite some time now I’ve wanted to delve in on this topic. I truly believe this is an issue that has been going on for too long and not many people are aware of what’s going on. FDA (Food and Drug Administration) and our lovely Federal Government that we all love, two of the biggest crooks we have to deal with not only today, but possibly for the rest of our lives. Now I am not going to get too political, that isn’t really my cup of tea. I can’t help to be more and more disgusted with the different issues that have occurred in the past and as of today with these two blood sucking U.S. systems. The FDA and Government are pretty much partners that are all about money and power. The FDA and Government try to tell us Americans what to eat and what not to eat. There have been endless amounts of diseases, such as Type II Diabetes, Obesity, Cancer, Osteoporosis, ect. Now, I am not trying to say they can literally and legally make us eat what they want us to, but at the end of the day when there are thousands of people that die from these diseases, they do not give a shit. All they care about is the income they accrue. Many of us are blinded by these kinds of issues because we are too busy to even notice and most people do not care. Well it’s time to start paying more attention to what the FDA and Federal Government are doing or else they eventually will take over. My intention for this topic is to inform those that are not aware of what the FDA and Government do on a daily basis.

Raw Milk vs. Pasteurized Milk: For those that don’t know the difference between the two, Raw Milk is naturally produced straight from a cow as opposed to pasteurized meaning the milk is treated with heat treatment and god knows what else to kill the bacterium that causes tuberculosis. All milk that is sold in grocery stores is pasteurized; according to the FDA raw milk is dangerous and illegal to sell in stores. The only way you can buy raw milk is through a local farmer because it’s illegal to sell in stores, go figure right. Now there has been many studies conducted on how pasteurized milk is far more dangerous than raw milk and pasteurized milk has caused many different illnesses such as Salmonella, harmful bacteria, severe allergies, and many others depending on certain people’s immune systems and present health conditions. When the milk is pasteurized, the nutrients are destroyed, and the enzymes that facilitate calcium absorption are destroyed. So what the hell is the benefit of buying milk from the grocery store if we don’t get the nutrients and calcium our bodies need? Well the FDA wants us to buy pasteurized milk because it’s what they believe and what they make their money from. Plain and simple, if milk doesn’t sell at grocery stores then the FDA makes no revenue. The FDA and Government have been invading local farms in many states, threatening them to stop selling raw milk. Why? Because they are worried and realize people are starting to educate themselves and see the harm that pasteurized milk causes, crooks I tell you! That is just one example of how corrupt the FDA is, now I am not saying for you to stop drinking milk, just be aware and make the right choices.

Our wonderful grocery stores, where would we be without them? First things first, just because you shop at an organic store doesn’t mean everything is healthy, there is plenty of junk in organic stores. Have you ever noticed in grocery stores how the majority of all the garbage food is in the mid section of the store, and all the sugary cereals, cheap processed crap, and refined sugars are on the bottom shelves for kids to have easier access to? It’s amazing the junk that’s advertised to be healthy in grocery stores. It’s damn near pathetic and it all comes back to the FDA and Government trying to make a profit off cheap garbage for Americans to put in their bodies. Not to mention the cheap red meats that are packaged up and say “Lean” or “No Fat”, yeah right, over my dead body. A piece of advice, never buy packaged microwavable foods or red meats, lean chicken breasts are fine, not that Tyson brand chicken that’s like rubber, always get your meat fresh from the butcher, pay for quality and you will get quality. When I grocery shop and I’m waiting in line to pay, I can’t help but to look around at what’s in people’s shopping carts. It truly amazes me the junk I see stacked in people’s carts, in a way I want to say something especially when I see kids present because of the harm they are doing to their innocent kids, but it’s not my place to do that. Hopefully they will learn and realize that they are putting nothing but poison in their kids and in their own body.

September 20, 2011 Judge Patrick J. Fiedler of Wisconsin quotes, “Individuals do not have a fundamental right to consume the foods of their choice.”

This is a Judge that works for the Federal Government saying this, I mean how much more corrupt and pathetic can it get for us when a judge makes a statement like this? What’s going to be next that our Government and FDA are going to say we don’t have the right of? This statement really angers me and puts things into perspective about our corrupted systems. I bet this judge is miserable, overweight, and has absolute zero knowledge about nutrition and health. If we as humans do not have the right to consume the foods of our choice, than what do we have the right to consume? This is an example of complete ignorance and it is not acceptable. It is really scary when you stop and think about what can be next and what the FDA and Government plan to put in our food just to make money.

Magazines, websites, books, TV shows, and many more are also involved and linked to the FDA and Government somehow. For example, when you see commercials and infomercial shows about diet pills, exercise programs, certain packaged frozen healthy foods, ect. It is all bull shit at the end of the day. All of these companies have sponsors and if they don’t go along with what has to be advertised, than they potentially lose that sponsor or lose revenue, so they have to lie to people about their products. I have never seen one show or commercial when advertising diet pills that shows someone’s results three months later. Why? They most likely gained all that weight back instantly.  Then you have guys like Dr. Oz, for those that watch the Dr. OZ show, and listen to his philosophies on nutrition and exercise, I feel sorry for you. The idiotic advice he gives out when it comes to exercise and nutrition blows my mind. Let’s just say he is a crook himself and is most likely affiliated with the FDA somehow, ever notice how the majority of his staff is overweight, he should stick to being a doctor. My point with these examples is that we do not know how far the FDA and Government will go with their scams, it’s very scary.

In all honesty, although the FDA and Government are very corrupt and will do just about anything to trick us into eating garbage, getting diseases, and potentially putting us at risk to die. All for them to get richer, it’s not 100% their fault. The FDA and Government do not buy our food when we go to the groceries, they do not cook for us, and they do not put the food in our mouths. We as Americans have the power to outsmart them by making wiser choices when eating and educating ourselves about nutrition. At the end of the day we might want to blame the FDA and Government for being obese or having Type II Diabetes, but it’s your fault plain and simple. We have to be accountable for ourselves and quit making excuses for the mistakes we make. There are two things we are always in control of, the amount of exercise we choose to do, and the portion sizes and kinds of foods we put in our bodies. I know it is hard work and takes discipline to do so, but it doesn’t have to be as painful as it may seem. If you want to continue to eat like crap and not exercise, than it will only be a matter of time until you get overweight and sick. Why not spend more money on nutritious foods and be healthy, rather than buy cheap crap to save money and end up paying more money on hospital bills due to illness. Next time when you are grocery shopping just think about the FDA and Government before you buy something you shouldn’t, you are buying into their game by doing so and you’re the one that will eventually lose. Remember we are what we eat! Peace and God Bless everyone!