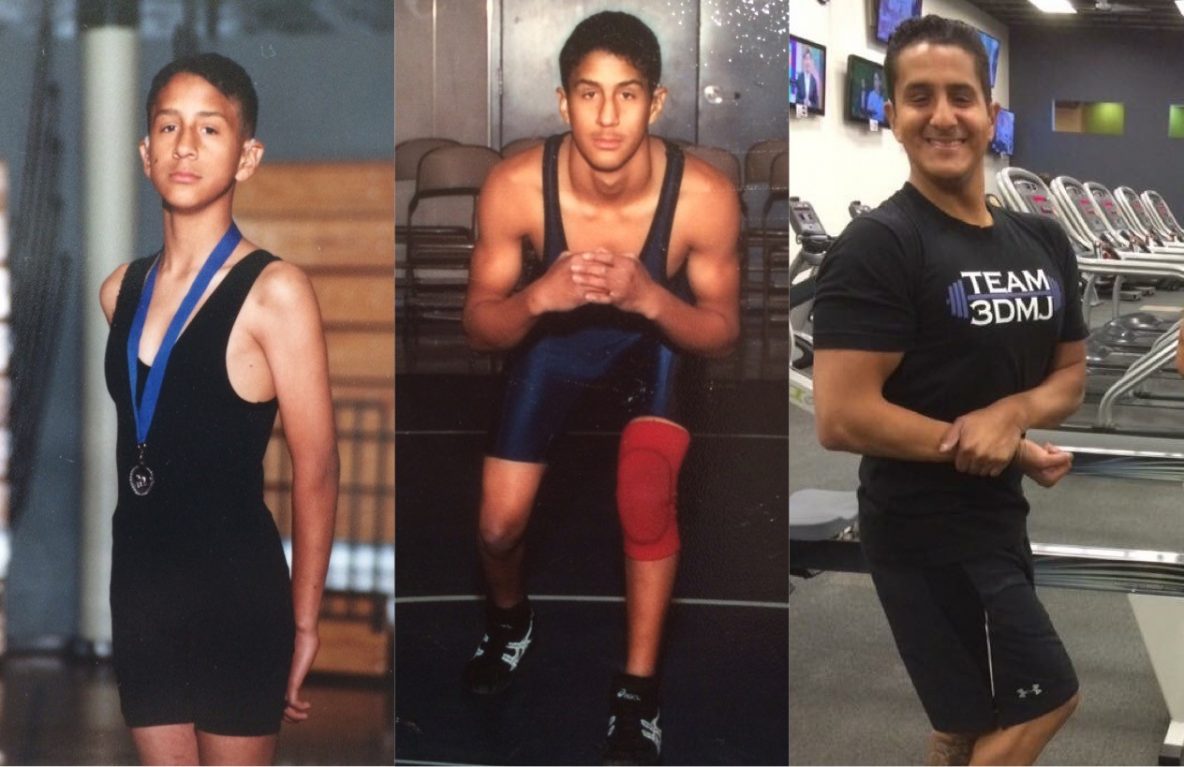 Today we have a guest post from our friend, David Aguayo. David reached out to us thanking us for the content we put out and what’s awesome is he asked if he could write for us. First off, we loved that he didn’t hesitate and just asked. Secondly, David has a cool story and we wanted to share his journey to help inspire and motivate others. Lastly, he’s from our same neck of the woods 😉

We hope you get a thing or two out of this great guest post.

My name is David Aguayo, and I am born and raised in Santa Rosa/Rohnert Park, California which is a small town right in the heart of wine country of the Napa/Sonoma Valley. Same town where Chris and Eric Martinez grew up so funny how it’s a small world in that regards. 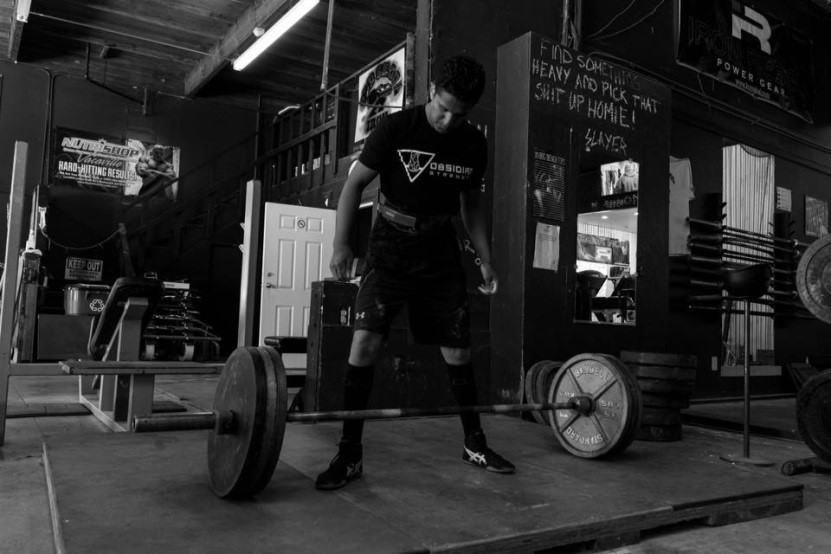 I’m competitive natural bodybuilder and powerlifter. I’m also Deaf/Hard-of-Hearing and wear hearing aids to assist me with communicating with the hearing population and bilingual in American Sign Language to assist me with communicating with the deaf/hard-of-hearing population. I come from a family with a history of a profound hearing loss which I have a father who is completely deaf (lost his hearing in his late 30s), a sister who is deaf, a brother who is hard-of-hearing, and a mother who is hearing, so we all utilize English, Spanish, and American Sign Language in the household to communicate with each other. 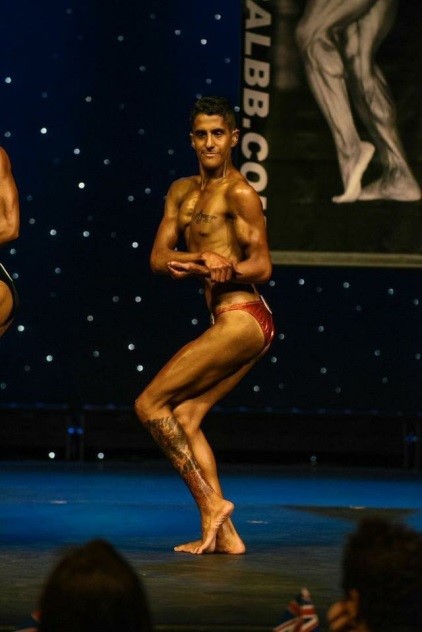 I got into weight training for various reasons. The first reason was I hated being skinny and wanted to change that, secondly, I had battled with insecurities in terms of my self-concept, and lastly, like any young teenage boy, I wanted to look good to impress the girls, haha! Oddly enough, the motivation for those reasons eventually ran out and it evolved into a more positive reasoning/purpose behind training for the better purely for the love of challenging myself in the weight-room by trying to make some form of progress and improving myself internally.

Throughout my life, my biggest challenge was my self-concept/trying to find myself/becoming comfortable in my own skin and embracing my identity with what I was born with. Throughout my childhood, I was a very skinny kid and the only deaf/hard-of-hearing kid in my classroom which I would always have an American Sign Language interpreter in my classroom. It was quite a challenge for me as it drew a lot of attention, and internally I had felt very different than the other kids in my school, and also accepting my identity as a deaf/hard-of-hearing individual. So I turned to weight training an outlet to change myself physically and internally which the purpose was to serve as a distraction in terms of wanting to be viewed as “normal.”

Natural bodybuilding is something I unexpectedly fell into. It started in college in February 2010 when my physical education instructor, Andrea Khoo, asked me if I would be interested in attending a natural bodybuilding camp put on by the promoters of the WNBF California Natural Muscle Mayhem, Bob Bell, and Tina Smith. I almost turned down the opportunity to attend the camp because I never had aspirations to compete in bodybuilding. Unknowingly I didn’t know natural bodybuilding existed. I had thought that to compete in bodybuilding you would have to take performance enhancing drugs. But I went to the camp simply because I had a passion for training and nutrition and wanted to learn more. It was there whom I met the godfather of contest prep/peak week, Dr. Joe Klemczewski, and other natural bodybuilders. It was right then and there that weekend when I had this sense of feeling “This is it. I found something that I love, enjoy, and want to do.” 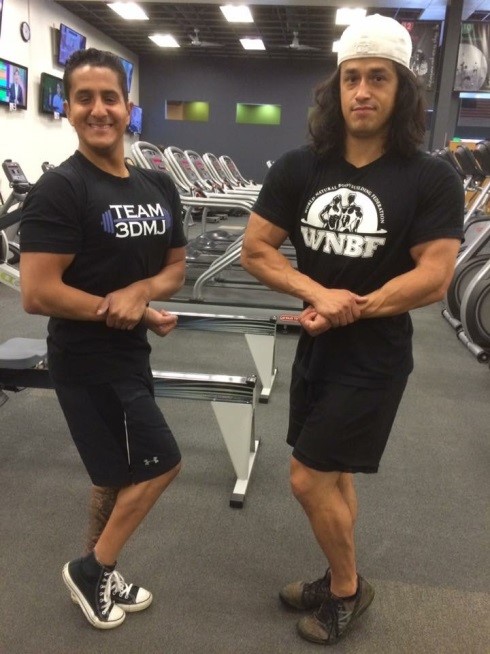 Prior to getting into bodybuilding, I was never the biggest guy in the weight room or the strongest. As I got into bodybuilding, I learned really quickly that I wasn’t born with the greatest genetics especially with putting on muscle very easily. Learned that I was going to have to work with what I was given, work harder, do everything right in order to maximize my ultimate potential. My first competition season in 2011 was a learning experience and didn’t reach my full potential that I knew I was truly capable of.

In 2014, I prepped under the guidance of the Alberto Nunez from Team 3DMusclejourney. Alberto helped me reached the best conditioning I’ve ever been able to attain which I never thought I’d attain a level of leanness that I achieved that season in the short time I had been bodybuilding. I really learned a lot in term of what I could accomplish by maximizing my ultimate potential and how far I could really push myself. If you focus on maximizing your ultimate potential, I strongly believe you just may surprise yourself in terms of what you really are truly capable of.

I’ve also competed in a few powerlifting competitions and was coached under Ben Esgro from De Novo Nutrition from late 2014 all the way up until early 2016. We ran a Daily Undulating Periodization, which consisted a high frequency of Squats/Bench/Deadlifts, then two days of Hypertrophy work. 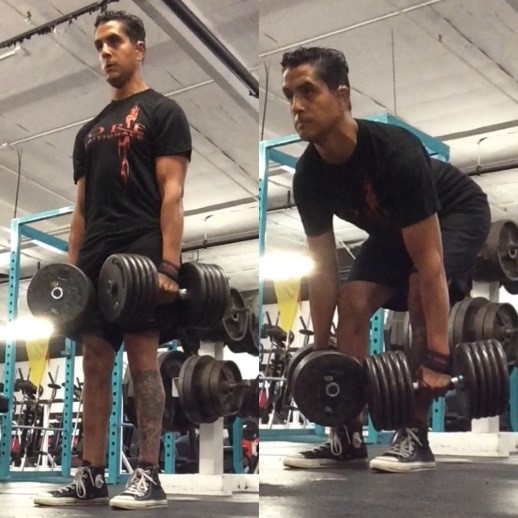 Bodybuilding has enhanced my life for the better by helping find myself, brought me a sense of happiness and given me this “sense of belonging.” It has also given me an inner quiet self-confidence as I had always been a bit of quiet and shy individual which I still am a bit to this day more so outside of the gym, haha! But once I step foot into the gym, it’s like the interactive/outgoing inner-superhero alter-ego comes out.

My biggest accomplishment throughout my journey was when I found myself internally and defeated that inner battle against myself that I had struggled with for years. It was a sense of happiness that I finally found myself and embraced it. Alberto Nunez played a significant role in my personal internal self-development as an individual becoming more self-aware, focusing on the more important things and acknowledging it. I hope I can at least give that back towards the sport and individuals as well to focus on maximizing their ultimate potential control what they can control, accept and embrace what they were given, and lastly focus on the most important aspects of themselves and life throughout their journey.

Looking to start your fitness journey? We have a 2-week training and nutrition mini course that will set you up with the proper foundation to succeed HERE. 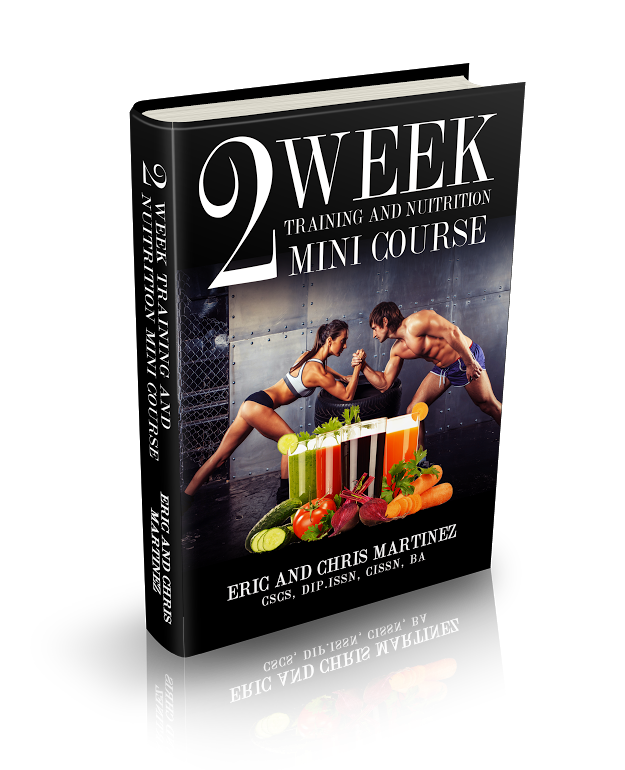