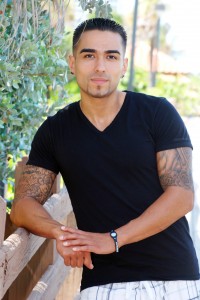 When someone says I am a Vegan or Vegetarian, what comes to mind first? Let me guess, a person that doesn’t eat meat right? Well, part of that is true but there are different types of Vegetarians, such as: Lacto-Ovo Vegetarians, Vegans, and Macrobiotic diets. A Lacto-Ovo Vegan doesn’t eat meat or fish but eats dairy and eggs. A Vegan excludes all meats, fish, dairy, eggs, and no animal products, this is the type of Vegetarian most of us refer to. Macrobiotic diets are not necessarily vegetarian, but are largely based on grains, legumes, and vegetables. Although I am not a huge fan of vegan diets, I am not one to say they can’t work. A well balanced vegetarian diet should pay particular attention to the following sources; adequate protein intake, essential fatty acids, iron, zinc, calcium, and vitamins B and D. Supplementation may be required in cases of strict vegetarian diets with no intake of animal products. If done right, then there are positive outcomes from vegan diets and at the end of the day if you are a vegan and live a healthy lifestyle, than more power to you. Now, the real question is, are vegetarian diets optimal for children’s health? Before we begin with this topic, coming from my bias opinion, I do not agree with parents raising their young children on vegan diets for several reasons: A very important reason is the fact that parents lack giving their children a nutritious diet as it is, let alone a vegan diet which is supposed to be stricter and could lead to more health and deficiency problems down the road if done wrong.

Are Essential Fatty Acids and Amino Acids important for children’s growth? Absolutely they are, our body does not naturally produce them and a child is not going to go and buy their selves some fish oil and BCAA’s at a vitamin store to supplement with. Since vegan diets exclude animal proteins and fish, where do the fatty acids and Amino Acids come from? That is the biggest problem. They do not come from anywhere because most parents are not aware of how critical these nutrients are for optimal growth and overall health. If parents aren’t aware of the importance of Omega-3 and Omega-6 and Amino Acids, than how is a child supposed to know that? The human brain needs the major essential long chain fatty acids known as “DHA” and “EPA,” which are found in omega-3 for proper development. There is a handful of research to support that theory.

Do children using vegan diets have Vitamin and mineral deficiencies that can lead to lack of growth? Energy Expenditure, also known as the “Metabolic Rate” can be at risk with restrictive vegan diets, due to the lack of vitamins, minerals, and nutrients being provided. Many vegan dieters become Copper toxic and Zinc deficient, do to not getting the right amounts of animal proteins the body needs. These deficiencies can cause what is known as “Brain Fog,” which is a fuzzy feeling you get in your brain from time to time. Eventually this can potentially lead to chemical imbalances in the human body and digestion problems. (1)In a study conducted by Roberts et al. and Campbell et al. states that severe malnutrition has been reported in infants and toddlers fed inappropriate vegetarian diets as well as deficiencies of iron, vitamin B-12, and vitamin D. So, the greater the variety of foods that make up the diet, the better the chances that all the nutrients will be provided. (2) In another study found in The American Journal of Clinical Nutrition, Hebbelinck et al. concluded that a Lacto-Ovo vegetarian diet sustains adequate physical growth and maturation. Some of the vegetarian subjects, however, appear to have had difficulty meeting the energy requirements. Basically if the vegan diet is done the right way, then children can have optimal growth and not have any vitamin and mineral deficiencies, but they may lack energy.

What other deficiencies can potentially occur if a child is fed a vegan diet? Nutrition for kids is more vital than it is for adults, due to the fact they have to grow and mature into adults at some point in time. When children are growing up, they are in such a tender stage of development for their brain, muscles, and bones. Every bit of quality nutrition is critical for proper growth and parents need to understand that, bottom line! There has also been research that when mother’s being pregnant and on a vegan diet, the baby can be born with undeveloped brains and their central nervous systems are starving due to not getting the proper vitamins, minerals, and nutrients through proper diet during the pregnancy term. An undeveloped brain can then lead to learning disabilities. Some symptoms to watch out for in the children, if fed a vegan diet are: Short term memory loss, cold hands and feet due to not getting the proper amounts of nutrients from animal fats to support the adrenalin and thyroid functions, and sleep disorders.

Can vegan diets lead to child obesity? Depending on what kind of vegan diet is being provided, sure a child can put on fat through a vegan diet. If the parent’s are just feeding their children “High Glycemic Carbs” and no proteins or fats, than that can cause a huge insulin spike and most likely go to your fat cells rather than your muscle cells and then be stored and lead to fat gain. It all really depends on how educated the parents are, if they are keeping a good balance of macronutrients, especially rich proteins high in Leucine content and fibrous carbs than the child should be fine. Also I would hope the child is doing some sort of physical activity and not living a sedentary lifestyle sitting and playing video games all day. Sugar consumption, well we can’t leave that out of the equation now can we. Most vegetarians don’t even know they are pre-diabetic and continuously eat refined sugars and alternative sweeteners without even knowing it. Well, we should all know by now that sugar is the devil, and does lead to fat gain, and if you are pre-diabetic then you are only going to make matters worse. What do children love the most? Nine out of ten times it’s good old sugar, and some more sugar. So, if parents are feeding their children adequate amounts of sugar daily, even through a vegan diet, then the children will gain fat and may lead to diabetes down the road.

With all this said, are vegetarian diets optimal for children’s health? In my humble opinion I do not agree with them, but if done properly and the children are monitored for symptoms and are living a healthy active lifestyle, than it should be fine. Someone once told me that vegan diets will become more popular in the future, but I have to disagree respectively do to all the studies and research that show animal fats and animal proteins are the key to longevity and muscle growth. At the end of the day everyone is going to live their life the way they choose too, whether that’s through a paleo diet, zone diet, vegan diet, or regular diets. Whatever makes that person happy is all that really matters, but for the sake of children not having control of what they eat is wrong. Parent’s need to educate themselves regardless of the circumstances, it doesn’t matter if you are a vegan or not, the bottom line is to feed your children the right nutrients their bodies need for proper brain development and overall growth.