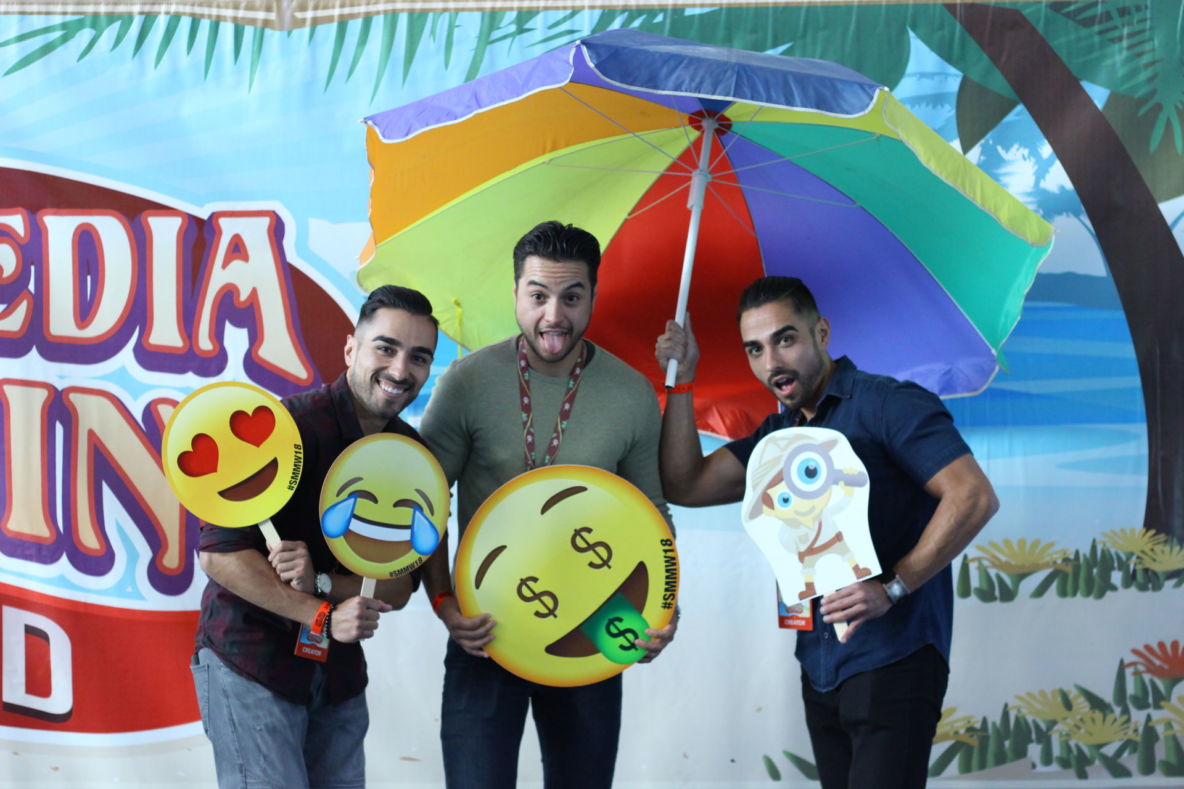 We have a special treat for you today. Our roommate, amigo, Chicago native, amazing writer, and all around good dude, Felipe Uribe, has done a guest post on what its been like living with us the past 60 days.

We really enjoyed this piece and thought you would too. Also, make sure to check out Felipe’s new blog coming soon, Ways of Wealth, an awesome community blog that is going to grow like a rapid fire 😊

Also, be sure to checkout Felipe’s new book From Night Till Day at the Mandalay below.

So, if you’re anything like me you’ve been following Chris and Eric online in their fun, exciting, and sometimes wild life journey in entrepreneurship, fitness and helping DDT enthusiasts to become their best selves physically, mentally, and emotionally.

We have all seen their informative but highly entertaining and sometimes ridiculously funny snapchats and instagram stories (if not you might want to tune in) but who really are these guys that look alike and call themselves the ‘Dynamic Duo’?

Well for the betterment of all of us, I went undercover to find out once and for all and expose them for who they really are.

I met these cool cats back in 2016 in Mexico when we were at a private retreat as part of a mastermind being facilitated by Cole Hatter and the legendary Philip Mckernan. As fate would have it we happened to have our rooms right next to each other at the hotel and a bond was formed.

After the retreat was over we managed to keep in touch through other Mastermind Meetups and general friendship stuff so when I decided to make the trek out west from my hometown Chicago to live in Los Angeles the twins graciously opened their doors to me and here I am.

They think I am just the third roommate in the house for now but what they don’t know is that I am secretly undercover learning all their secrets. Here is my investigative report on 4 things I’ve learned in 60 days residing with them.

These guys are the epitome of living a balanced lifestyle. Health and fitness is certainly a priority for Chris and Eric but it isn’t an overwhelming energy sucking element of their day-to-day routines like it is for so many other fitness enthusiasts and gym rat meatheads found in a gym anywhere near you.

They have found a flawless way to incorporate it into their daily lives.

The ‘Dynamic Duo’ may be physically identical but I’ve learned can have differing personalities and strengths. They have realized this too throughout the years of coexisting with one another and have successfully found ways to divvy up tasks that play to their strengths and help them reach goals more harmoniously. They complement each other well as the perfect Ying-Yang combination.

In addition to health and fitness personally they also have other pillars they focus on such as working on growing their business, pursuing other passion projects, developing new relationships and strengthening existing ones.

Some people just talk about a Dynamic Lifestyle – the Martinez brothers actually live it by breaking up there days between work and play vs a strict 9 to 5 work format or something  similar.

After a long day of work they like to reward themselves with watching a good basketball game (though often its with a laptop, in lap, working). After a long week of work the reward could elevate to a michelada or two and maybe a tasty brunch in a beach town nearby. At the end of the day, they laugh, joke around (a lot), have wins, have losses and find a way to keep growing and striving towards their goals. They really are dynamic.

2. They Really are the New Era of Fitness

Something I have struggled with in my fitness journey has been Nutrition. Not necessarily eating the right foods but more how much of them and how often.

“What is the right formula for a six-pack? I have done 500 sit-ups and find myself no closer. ” I preached to the Fitness Gods.

The Fitness Gods never got back to me but then again I did end up living with two fitness professionals in Los Angeles where we all have active memberships to Gold’s Gym “The Mecca” in Venice Beach aka former home gym of Arnold Schwarzenegger and cult hit movie “Pumping Iron”.

In other words maybe the Fitness Gods did respond back to me. After all Fitness Gods tend to work in mysterious ways.

When I first moved in one of the only ‘Culture Shock’ moments I had was seeing the guys consistently weigh their food with two digital scales they kept out on the kitchen counters. Until that point I think I had seen digital scales used to weigh everything else but food. True story. Anyways I thought it was incredibly intense to have a lifestyle like that in which you are weighing all your food but I couldn’t have been more wrong.

We all know that person and we are all generally annoyed by that person.

The twins do more then count calories and their protein intake though. They eat clean whole foods and do physical activities all day every day. Daily morning solo walks are routine for them along with 15 minutes of stretching on a mat. It is common to look over and see either one of them eating or working while standing, a common health and efficiency hack.

When they want to change environments and get work done at a nearby coffee shop they know the easier route would be to drive but the one that will pay the biggest dividends is to take the 20 minute walk and so they do. They have vision to play the long game. They are playing to win.

They embody “The New Era of Fitness” (also the name of their best-selling book) by living life with a lot of Zig and occasional Zag.

To be as effective and efficient as Chris and Eric have been in life and business you have to be extremely disciplined and that’s exactly what they are.

Sleeping in the living room (yes, i’m the guy on the couch if you get the reference. It’s actually not as bad as you might think) I notice the powerful habits the twins have. It’s remarkable to witness.

They have ingrained strong morning and night routines that keep their mindsets sharp and creative during their waking hours.

From waking up early journaling, reading and drinking a lot of water in the morning to eating balanced healthy foods throughout the day to prioritizing tasks, limiting distractions and going to sleep at a reasonable hour at night. They have strengthened their will power muscle and continue to find ways to improve day in and day out.

As John C Maxwell said, “You will never change your life until you change something you do daily. The secret of your success is found in your daily routine.”

Discipline and daily routines is most definitely part of the Dynamic Duo’s secret sauce.

Combining my multiple past professional careers I have had tens of thousands of unique interactions with clients and former co-workers and among other things I have learned this:

The Health and Fitness industry is one of the most saturated markets in the online space and with that comes fake ‘authority’ figures, greedy individuals with selfish intentions and fly by night businesses. From our experiences at our business mastermind I knew about the twins over 1,000 positive client testimonials, how they have been featured in countless publications and podcasts and that they know how to stay in lean shape (as it is physically evident) — which is all really impressive from my perspective but like I said it’s a saturated industry.

“What else makes you different?” is always my internal question to business owners.

Here’s what I found out — “They genuinely care.”

Everything they do on a daily basis is focused on how they can give us, their clients and following more value. Let’s think about it for a second.

I have seen them on the phone with clients late at night and early morning talking clients through challenges and monitoring progress. They even helped me by putting together a Dynamic Fitness & Nutrition Program for me that is currently paying off massively (perks of living on the couch I suppose). It was their initiative might I add which was fine by me.

They are passionate about what they do and therefore care about helping others see success in their fitness journey. That’s huge. When I do business with anyone beyond credibility and knowledge I want to make sure they care and that they do, dually.

Like I said at the very beginning this was a completely covert mission that they knew nothing about. I simply know DDT has a loyal following and would be interested in a first person perspective on who they really are behind the screen. Though this investigation will be ongoing, I am closing this case and labeling them ‘The Real Deal Holyfield.’

I am hoping they won’t now kick me out of the ‘Circle of Trust’ ala Robert de Niro in ‘’Meet the Parents” for revealing their secrets and instead buy me a cup of Joe.

Like the first two letters in my name – I hope you guys are lifting some Iron, kicking ass and taking names. It’s been real. 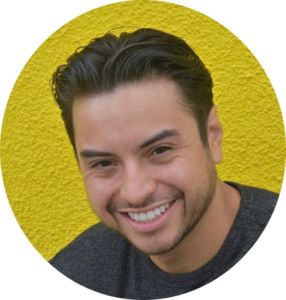 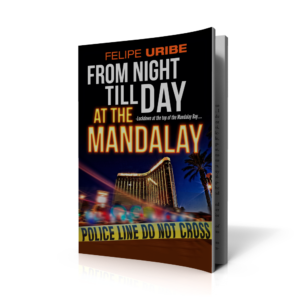 A short book about being in lockdown at the top of the Mandalay Bay Hotel & Casino during the Mass shooting in Las Vegas last October.

It’s a first hand account about being forced to be present in the moment. About dealing with mortality in a moment of complete uncertainty and finding humanity in the midst of an inhumane act.

Get the FREE Book here: www.waysofwealth.com